Our video network platform is designed specifically for the optimal transport of video content and can receive and deliver signals of any format. Our expansive global reach, coupled with the ability to transport secure, broadcast-quality video over public IP, means we can reliably distribute content anywhere in the world.


GTT is located in the world’s most prominent studios, distribution head-ends, transmission facilities, teleports, public switches and data centers. We can provide direct, private and secure connectivity, ensuring the highest possible performance for your mission-critical content and services.


For live interviews, remote production, or delivery to online gaming platforms, you need a high-speed, dedicated network path that you can rely on for seamless video transport. GTT owns and operates many low-latency routes, including the fastest fiber optic path between North America and Europe.

The Neuron platform offers the most powerful processing capabilities in the industry.
FIND OUT MORE 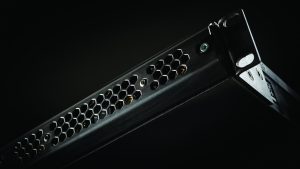 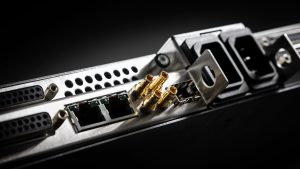 Connect » Real-Time Signal Transfer » Video Interfacing & Conversion » Standalone interfacing, signal processing and conversion » The broadcast industry lives a major transition, with the move away from baseband video to adopt IP-based video contribution workflows. This move is linked to a transition to IT-centric infrastructures, with the goal of optimizing broadcast infrastructures and production costs. It implies using traditional IT equipment and computer-based solutions where dedicated electronics was needed before.

The IP Virtual Card is a new video and multimedia programming interface allowing the use of 3rd-party computer network cards to capture and stream out video just like you are used to do over any DELTACAST card.

The IP Virtual Card implements an optimized network stack based on the operating system sockets, so that it is compatible with any NIC brand and model, and so that it can be used under Windows and Linux, and also targetting virtualization environments and execution in containers. For most demanding applications, the IP Virtual Card also exists in a version based on the DPDK kernel bypass.

Using the IP Virtual Card features requires installing a license. Please contact us for further details about this.

The SKAARHOJ Tally System is a great add-on for your live video-production.
FIND OUT MORE

Use the Tally Box system to take full control of your live video production. It's a small and simple yet very powerful tool for optimizing the flow of a production. Great for consumer and prosumer cameras with no integrated tally solution.


The SKAARHOJ Tally Box System is compatible with the whole range of ATEM Switchers. No need for the "GPI and Tally Interface" from Blackmagic - the system connects to the ATEM Switcher via network.


The system is also compatible with vMix via our vMix Bridge Software. Connects to vMix via network.


Use the Tally System for your TriCaster Mini. Connects to TriCaster via network.


The ETH-GPI Link can take GPI signals and send them over ethernet to the Tally Box which will route it out to the lamps.

Features learn moreStrong and sturdy mountable hot shoe adapter in metal with locking washer. Ready to take a beating for a life on the road.Two switches are integrated on the Tally Light

The main LED (red) provides a large, clear and bright light easy visible for the presenter to know which camera is on program. The LED can be turned on/off with a switch on the tally light. The operator LED shines red when on program and green when on preview. With the swich on the tally light the operator LED can be dimmed when used in very low light conditions to avoid blinding the camera operator.Image Gallery pictures pictures pictures... 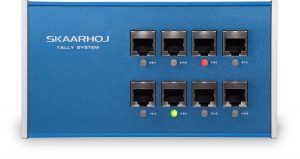 With sturdy connectors and screw terminals you can easily wire up your tally system to your ATEM.
FIND OUT MORE

Connect » Real-Time Signal Transfer » Video Interfacing & Conversion » Standalone interfacing, signal processing and conversion » Depending on your tally lamps specifications you can optionally connect a power supply an have power distributed to the 8 output connectors. 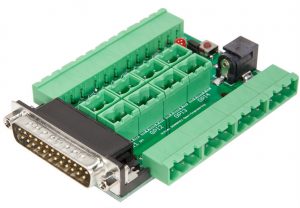 TICO-XS is a lightweight image compression, standardized as JPEG XS
FIND OUT MORE

Connect » Real-Time Signal Transfer » Video Interfacing & Conversion » Standalone interfacing, signal processing and conversion » TICO-XS is a disruptive, innovative, visually lossless, light-weight and line-based compression technology, specifically designed to be used instead of uncompressed video in many applications. It is currently under standardization as JPEG XS.

TICO-XS is a smart upgrade path to manage higher resolutions (4K, 8K, …) and frame rates while assuring visual quality, keeping power and bandwidth at a reasonable budget and significantly reducing the complexity and cost of a system, a chip or an infrastructure.

The mapping of the TICO-XS mezzanine compression to carry UHDTV 4K 60P over a single 3G-SDI cable has been specified in the SMPTE RDD35. intoPIX provides the needed building blocks to create a 4K over 3G-SDI solutions. Have a look at the intoPIX TICO-XS IP-cores and peripheral IP to map the compression over SDI.

4K with TICO compression over SMPTE2022-6

SMPTE ST2110-22 specifies the transport of compressed video over IP (including JPEG-XS), enabling you to transport any video formats over IP with full flexibility and all the benefits of TICO-XS compression.

It has already been proven. TICO-XS can enable you to carry with lossless quality a 8K 60fps video stream over a single 10GbE link using TICO RTP payload and a SMPTE 2110-22 transport.

It has already been proven. TICO-XS can enable you to carry a 8K 60fps video stream over a single 12G-SDI link with lossless quality.

The distributive virtualised architecture of the playout engine from Cosmos provides a fast and trusted cloud based playout solution enabling broadcasters and service providers to spin up both OTT and traditional TV channels in a few minutes thus lowering the cost of ownership.

Channels can be hosted from data  centres or from your own Master Control Room over a private or public cloud. Cosmos also gives you the ability to playout both file based and live services .

Cosmos is an open system which enables all the features of a playout engine be implemented on a service basis. Cosmos reduces the need to invest in capital infrastructure. It removes the need to find space for technical equipment and the ongoing cost of technical maintenance.

Channel owners in worldwide gain the freedom to outsource practically all the technical equipment traditionally required for broadcasting.

Cosmos virtualises the process of channel management under control from a standard enterprise computer via a firewall-protected secure internet connection. Programme playout can be automated to any required extent while always retaining the freedom to insert live content.

Cosmos offers established broadcasters and content owners the ability to introduce new programme channels at very short notice, whether a permanent additional to an existing bouquet or a supplementary programme stream covering a temporary event. It can be matched to a wide variety of deployment models, enabling consistent operation across baseband, hybrid IP, and virtualised, cloud-based networks. 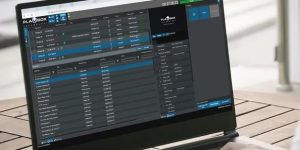 The Zao-S is a portable video H.265 HEVC encoder that compresses video in real-time. Buy from UBMS.
FIND OUT MORE

The Zao-S is a portable video H.265 HEVC encoder that compresses video in real-time, enabling full HD live video streaming to anywhere from anywhere, all while on the move. The equipped H.265 video compression is the most efficient standard for encoding and compression on the market today. As a result, the Zao-S enables constant HD video quality, low latency, and the freedom to transmit live video from across the globe. The Zao-S is made in Japan and features the high quality craftsmanship that Japanese products are known for. The Zao-S is constantly being improved as our engineers develop new features and increase its capabilities.

The Zao-S allows up to 3 external USB modems to be bonded together to form a single connection via 4G, 5G, Wi-Fi, and/or satellite. When transmitting video live over the mobile network, many factors such as the carriers being used, cell tower locations, and varying bandwidth levels affect video quality. Our proprietary protocol, RASCOW, monitors these factors along with the changing mobile signal strength in real-time and adapts the most optimum bonded combination of the network connections. The Zao-S, with the RASCOW protocol, continues to reliably send high quality video even when signal strengths become low or fluctuate rapidly.

The Zao-S maximizes mobility without sacrificing quality. Due to its lightness (about 350g) and portability, the Zao-S can be carried with a body strap or be mounted on a camera. The compact design, and one hour internal battery, make the Zao-S an excellent choice for drone applications as well. 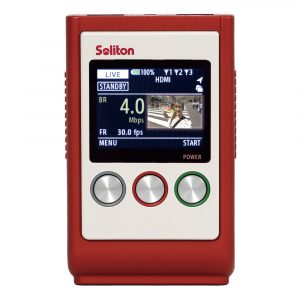 The LU600 is LiveU’s flagship portable transmission unit for global newsgathering, live sports and events coverage. Combined with the 4K HEVC Pro Card, the LU600 delivers unparalleled video performance with extreme bandwidth efficiency – in one of the smallest portable cellular bonding units in the market.

The LU600 HEVC delivers the highest video quality and bitrate in the market (up to 20Mbps), fastest file transfer (60Mbps) and lowest delay.

Using the LU600 HEVC, broadcasters can provide the same video quality as H.264 while using about half the bandwidth, or offering greatly improved video quality wherever original H.264 bitrate is maintained.

BUILT FOR YOUR NEEDS

Tailored to the needs of mobile journalists, the LU600 HEVC product suite offers three configurations, including: HD, 4K-HDMI and 4K-SDI.

The unit comes in a specially designed smart backpack, with improved usability, remote control functionality and easy access to display, controls and interfaces. 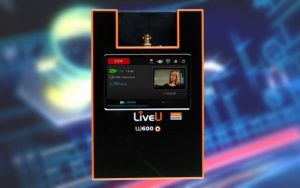