The "Streaming Wars" give pirates the competitive advantage

Today’s consumers have an insatiable appetite for high-quality, on demand content. This hunger to watch what they want, when they want, and how they want, has fueled an explosion in new streaming services; the “Streaming Wars”.

Now, in addition to the well-known players Netflix, Hulu and Amazon Prime, major studios and tech-giants such as Warner Media, Disney, NBC Universal, and Apple have all launched (or will launch) their own streaming platforms. As of March 2019, it’s estimated there were more than 300 over-the-top (OTT) video options in the US alone.

That number only continues to grow.

Get the free e-paper and learn more about the economic impact of piracy on the streaming industry! 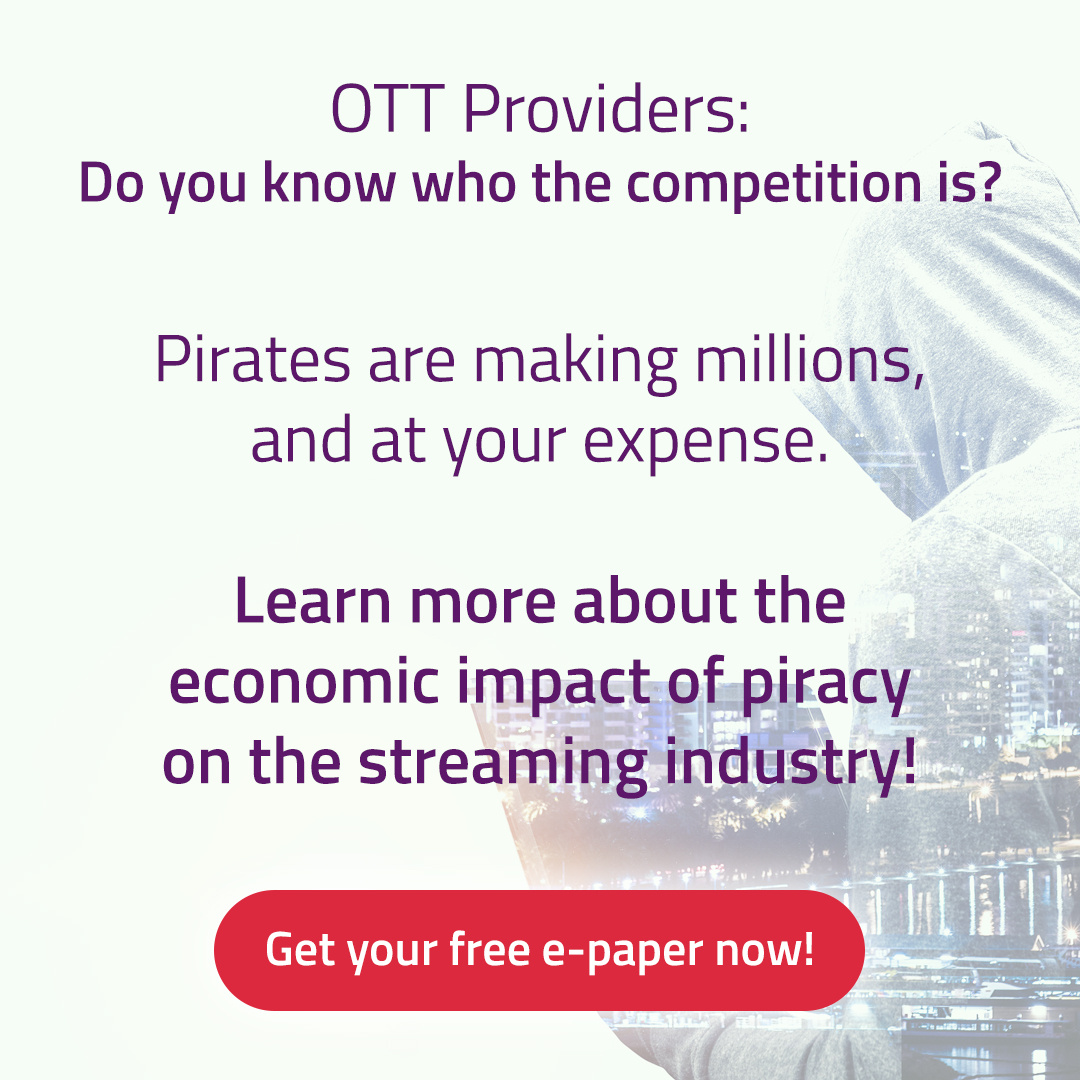