How did news broadcasters use social media during the 2020 US Elections? 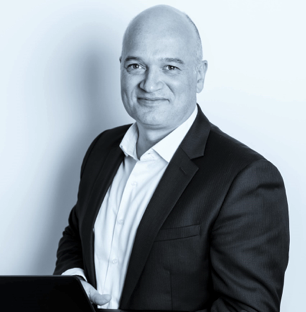 The time when news broadcasters used social media as a ‘nice-to-have’ publishing platform has well and truly passed. Digital OTT and social media platforms are now mainstream and are the front line in the battle for audiences.

The aim of the research was to understand how different news broadcasters use video on social media during major events. The findings from the study can inform us about what strategies are most effective, what impact different approaches will have, and can inspire further innovation from broadcasters who plan to cover major events of this kind.

The document concludes with an overview of how Wildmoka was used by most of these leading news broadcasters to produce and publish near-live clips, highlight reels and live streams to digital OTT and social media. The Wildmoka cloud-based digital media factory is the platform of choice for Tier-1 news broadcasters because it is proven to scale to the largest events (US Elections, Olympic Games), it guarantees linear TV broadcaster SLAs (it does not fall) and it lets news providers be the fastest to publish any form of content to any digital destinations.

Why the focus on social media?

A recent study by the Pew Research Center (News Use Across Social Media Platforms in 2020, Jan 12th 2021) reports that “about half of U.S. adults (53%) say they get news from social media “often” or “sometimes”. This finding was certainly corroborated by our research. With more than 1 billion views and thousands of videos posted on Facebook, YouTube and Twitter in just 3.5 days (i.e. from 7pm on Nov. 3rd to 1pm on Nov. 7th), these three leading social media platforms played a key role in keeping the population connected with the counting status, via news broadcasters’ social channels. 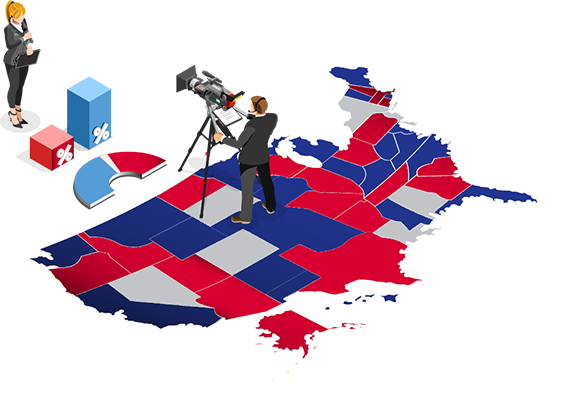 The focus of Wildmoka’s research was on the use of video on social media (as opposed to text or photos).

● Live streaming: Live streaming to social media saw significantly higher use in this US Election than in previous ones. It was common to see more than one live stream occurring simultaneously on Facebook on the same news broadcaster account. News broadcasters no longer hesitate to create live streams on social media as pop-up channels to cover live events as they happen. They also don’t hesitate to produce very long emissions (such as this one Fox News broadcast on YouTube which lasted 135 hours!). Overall, live streams received more views than short and mid form videos and Facebook was the platform most used for live.

● Short form video (clips/reels): Thousands of clips, highlights, reels were edited together and shared on social media during this week of election. This “snackable” form of content is easy to consume, highly shareable and engaging.

At the 2020 US Elections we observed a phenomenon that often occurs during major sports competitions. That is to say, the videos which received more views were those which came with real emotional weight. With 48 million views for an eight second clip, the MSNBC/ Kamala Harris video with Kamala announcing the victory to Joe Biden set a new record for a viral US Elections clip.

Monetizing content on social platforms with ads was not a major focus during the election week. Outside of pre-rolls heavily used on YouTube, most news broadcasters (but not all) didn’t use monetization on Facebook and Twitter at all. However, as described in this document, several broadcasters used social media videos and/or thumbnails as teasers to encourage viewers to jump to their OTT portal where ads were present (in the form of pre-rolls and banners) or where viewers were encouraged to take a subscription.

Principles of news on social

The importance of news on social media is continually increasing and news can quickly go viral. Drawing on our research, there are a number of best practices ‘principles’ that broadcasters can implement:

A. Being first. News broadcasters need to be the fastest to publish news because the algorithms used by social media platforms are designed in a way that means videos which start to create a buzz are given further prominence (i.e. the snowball effect). Being first to publish is therefore crucial and requires an optimized end-to-end production and distribution workflow.

B. Being everywhere. As this report confirms, the majority of the top news broadcasters published videos on all three major social media platforms (but not all).

C. Being diversified. It is important to offer a rich choice of content: a) very short form clips (10 to 30 secs) for people who don’t have much time and just want to get the relevant info; b) longer form highlight videos such as interviews or press conference summaries (typically one to five mins) for people who have time and/or interest to go deeper; and c) live streams for people who want to follow a particular moment live.

D. Producing a large volume of content. Producing a lot of content allows people to stay connected with what’s happening and keeps them engaged. It also increases the chance of some videos going ‘viral’.

E. Being innovative and differentiating. Compared to sports, where broadcasters may have exclusivity rights for content, news broadcasters share a lot of content in common (e.g. a press conference with Joe Bidden). As a result, it is not always easy to innovate and differentiate. This, however, is what BFMTV achieved by broadcasting all its live content simultaneously on linear TV 16:9 format and in vertical 9:16 format which is more suitable to deliver a mobile-first experience.

To read the full report, go to: