The best post production is equal parts stand-out creativity and leading-edge technology. Our teams deliver both, earning awards and a reputation for excellence with major broadcasters and studios all over the world. Based in Ireland, Norway, Germany, Finland and Belgium, we provide VFX and post production services—from full HD and 4K finishing to HDR editing—to the broadcast, film, commercial, corporate and digital markets. 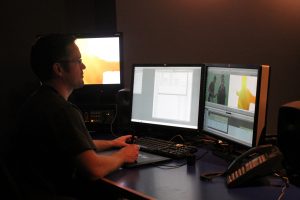