Is sport becoming too commercial?

Sport as an entertainment genre like film or TV has been emerging for a couple of decades especially here in Europe. Once Sky started to pay big money for exclusive TV rights for Premier League football, the landscape changed. Sports like rugby turned professional for the first time and tried to compete, initially unsuccessfully, with football for a share of the cash and audience.

However, now private equity and other investors have spotted the underperformance in terms of commercial value for some sports, their investments are beginning to show the direction of travel to maximise that untapped value.

The question is though, is it all good for the sport and the fans?

A recent example of this is in rugby and specifically the English Premiership - although the United Rugby Championship could also be cited. Channel 5 was the home of the the English Premiership weekly highlights show, but their contract was not renewed for this current season, meaning that the only way to watch the Premiership was through BT Sport, the sole holder of the live rights and highlights. Then came an announcement in January 2022 that the Premiership Rugby will return to free-to-air on ITV with a new highlights show and they will show four live matches this season as well as the season final in June, live on ITV4.

Premiership Rugby chief executive Simon Massie-Taylor said: “Our ambition is to grow the game and make Gallagher Premiership Rugby available to as many people as possible. BT Sport have done an amazing job in building the core Premiership Rugby TV audience and the ITV partnership allows us to expand our reach into the households of millions of other rugby fans. This season our average match audience on BT Sport has risen 30% year on year, which shows the potential.’

“We also want to make the Gallagher Premiership Rugby Final 2022 the most-watched in our history and we believe we can achieve that with the match screened on both ITV4 and BT Sport. A phenomenal proposition for English club rugby’s showpiece occasion.”

Despite the good news that ITV is now bringing regular free-to-air coverage of top-level club rugby to viewers across its platforms, there are other aspects to consider about the future of rugby and sports in general. 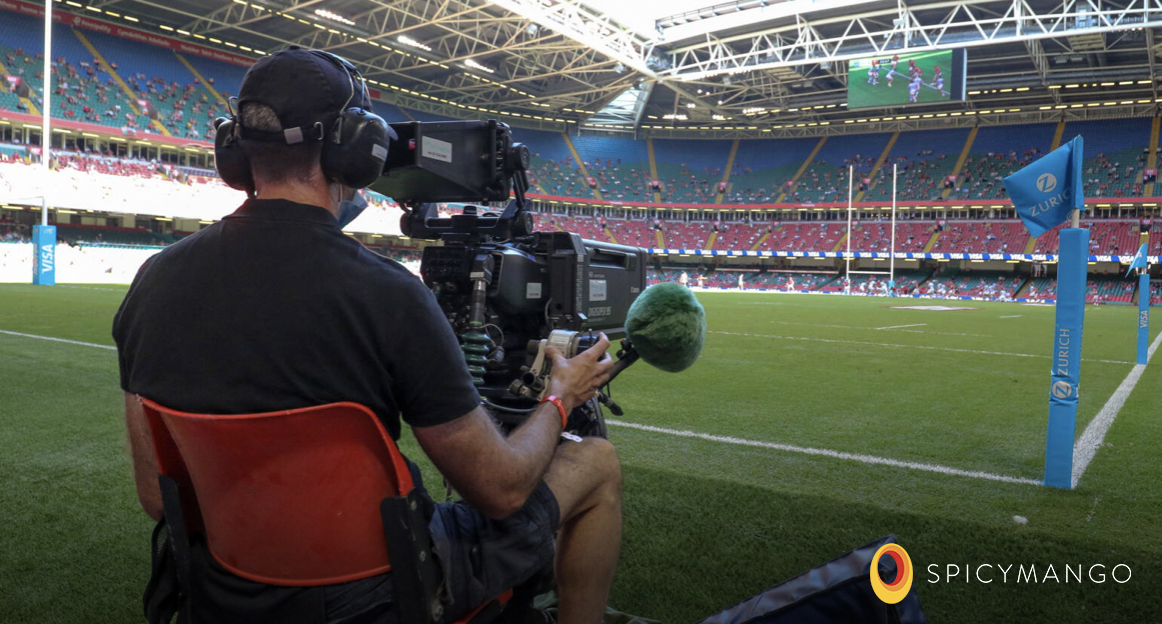 What about other sports?

We can also consider the English and Wales Cricket Board’s (ECB) new competition that rolled out in the summer of 2021: The Hundred – an even more quickfire version of the game than the Twenty20 format which was launched in 2003. The aim of this new format was to attract new audiences both attending live and by screening a number of matches on free to air broadcast TV via the BBC.

Why, if the revenue from selling media rights to subscription TV platforms has been so good for so long, do these major sports and their commercially focussed investors now feel the need to reach a wider audience on free to air TV?

The answer lies in the fact that whilst selling media rights to pay-TV has brought much needed investment and stability to these major sports, the viewing audiences are relatively small. The knock-on effect is that a whole generation of young people have missed out watching these mainstream sports and consequently have not had heroes to admire and imitate in their back gardens and on into local clubs and the development pathways.

It feels as though there has been an awakening that in the not-too-distant future unless a new audience can be engaged there will be no new TV money as subscriptions dry up and media values decrease.

A welcome return to free to air

So it is with some optimism that more sports are now being made available on free-to- air platforms. For those fans who become more engaged they will have a choice to pay more if they’d like to watch more matches by taking out that pay-TV subscription.

When a fan is ready to pay more for this exclusive content then broadcasters will need a broader engagement strategy to deliver them what they want, where they want it and when they want it.  Choice and flexibility are key to winning that fan’s share of wallet when it comes to where they spend their subscription pounds or dollars.

In particular, cricket and rugby have already acknowledged that audience attention spans are shorter and have developed short format versions of their sports to address this.

“This is not just a millennial issue, all of our attention spans have changed to be shorter”

This is not just a millennial issue, all of our attention spans have changed to be shorter but across many more entertainment channels. We can so easily be drawn down the rabbit hole of Instagram, TikTok or YouTube watching short videos on our favourite topics for hours.

Broadcasters have to find a new ways to interrupt these random distractions and create a compelling narrative to entice fans in, for the initial short form and then into longer programming. However, it’s all about the what, when and where. Content snacking on the move with short 3-5 min highlight reels linking to longer 10-15 mins packages all available online and a 60 min broadcast package for free to air TV.

The live experience can be made premium through subscription. F1 and Sky have done this well by providing a deeper fan engagement experience for subscribers with multiple camera angles, additional data not available to the casual viewer watching a shorter highlights show on free to air broadcast.

Fan engagement is a long-term play for sports and clubs. There has been a shift in fan attitudes towards watching sport on digital platforms that is unlikely to be reversed. The Covid pandemic has accelerated the adoption of streaming, and sports has historically been behind the curve in adapting to new trends and technology.

With the right technology, content management and delivery formats, fans - especially younger audiences - will be more engaged and now expect their world to be digital first and on their smartphone. Failure of the major sports governing bodies and broadcasters to adapt their offerings and methods of engagement will not bring in the new audience they crave regardless of the level of new investment from private equity.

Segmented subscriptions are likely to be the future of sports consumption for both broadcasters and governing bodies. If these governing bodies and broadcasters can add real value with their fan engagement choices by delivering timely, engaging content to the right channels then audiences will grow and long term loyalty can be built.