What is Mo-Sys VP Pro?

Currently utilised by a growing pool of filmmakers, high-end broadcasters and developers, Mo-Sys VP Pro streams live tracking data from all Mo-Sys robotic and tracking hardware such as StarTracker and RoboJib. Mo-Sys VP Pro features a creative AR mode, an internal keyer and data recording with timecode stamp for FBX export, as well as many more virtual production features that empower your creative processes in the Unreal Engine.

Developed from our patented broadcast camera tracking system, StarTracker comes the film-orientated StartTracker VP. This optical tracking system looks at “stars”; which are small, identical retro-reflective stickers which are randomly applied to the studio ceiling or on the floor. A small LED sensor, mounted on the studio camera, shines light on the stars and remembers the constellation. This then reports the position and orientation of the studio camera in real time to the rendering engine.

StarTracker VP comes with a plugin for Unreal and as such is not limiting you in your workflow. It allows you to tap into the raw power of Unreal, giving full flexibility and creative freedom. StarTracker VP was specifically tailored for virtual productions and VFX heavy filming – with many features that simplify VFX shots.

Whilst allowing on-set visualization in real-time, as well as scene blocking in virtual worlds, StarTracker neatly provides timecode synchronization and an FBX export allowing you to efficiently drop the recorded data and footage into Maya and other post-production software. 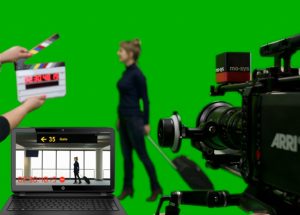