Aveco’s Ad Juggler is a dynamic ad-insertion technology designed specifically for unscheduled commercial breaks. With Ad Juggler, advertisements are pooled, prioritized, and queued so that the operator can quickly and easily insert ads into important moments of a dynamic broadcast such as sport events. Depending on priority, ads can be dynamically inserted at the most or least interesting times. For example, an ad with the highest priority can be inserted with one click by the operator, just after a goal during live sports broadcast, in order to get the highest monetary value from the unscheduled ad space. With Ad Juggler, advertisements are prioritized based on how many runs the ad has already had, and the general monetary value of the ad. This prioritization allows the system to juggle through ads for the highest monetization value so that the operator doesn't have to worry about it. At the same time, Ad Juggler tracks total commercial air-time so that any air-time limit is never exceeded.

Until recently, all high-end master control automation systems used in sports, including Aveco’s, have included alternate playlists to use in case of rain-delays, schedule over-runs/under-runs and in times of rapid changes.

Aveco’s Ad Juggler, co-developed with one of the world’s largest media companies, is a breakthrough. Operators hit one key to execute the proper type of sponsorship as a video and/or graphic, implementing a standing-order from traffic, posting to the as-run log, and reconciling to traffic and billing.

This brings significant new revenue. Selling such sponsorship is easy as viewer attention is at its highest. Aveco makes this extremely easy to accomplish.

Aveco’s Ad Juggler can control any third-party equipment with the TV industry’s largest library of interfaces and implemented APIs across all manufacturers. The breadth of Aveco integration includes baseband and IP platforms, facilitating the broadcaster’s selection of the best hardware and software across each part of the broadcast chain – rather than accept inferior parts of manufacturer bundles.

Sports is one of the most important and fastest growing areas of broadcast, globally. It’s an area of enormous financial potential for media companies. Ad Juggler changes the game of ad optimization in sports. It is a unique and important innovation in live global sports monetization. 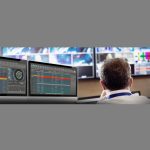 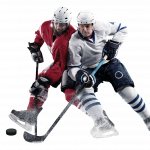 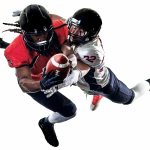