Internally a Digital Signal Processor (DSP) takes careful care of the audio signals, including state of the art compression and limiting circuits, while a microprocessor provides full setup and control via a small rear panel LCD. Control of setup and day

to day operation of the Divine will also be available on our Windows 10 application GlenController including the ability to group multiple Divines together and control their level simultaneously.

Divine can receive up to four* Dante (AES67 compliant) audio over IP (AoIP) inputs.  These inputs can be selected by the user on a large clear front panel select switch.  The four audio inputs can also be easily mixed together and their individual levels adjusted.

A priority system is provided to allow one (or more) of the inputs to automatically duck another. This can be very useful if you want to monitor one source but also listen to another when audio is present, such as sending show relay to dressing rooms in a theatre but having the stage manager's call and building fire alarm take precedence when they’re active.

The die cast enclosure has been carefully designed to provide full protection of all control knobs, switches and ports to prevent damage. Uniquely, the housing also features a standard PC screen Vesa mount, meaning that you can purchase any standard Vesa mounting solution to hang/ mount your Divine on, saving you lots of money. Standard microphone stand threads are also provided in the base for an alternative support solution.

Different preset EQs and an LF cut can all be set in the user menu to allow the Divine to be used for a variety of applications.

Divine is so much more than just another powered loudspeaker. 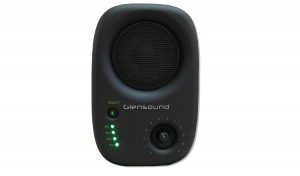 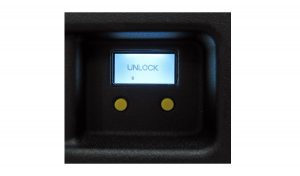 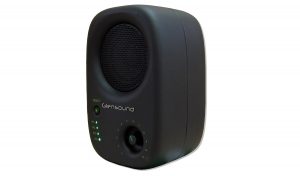