StarTracker is an absolute system that always knows where it is that is suitable for both AR and VR. With no technician required, StarTracker could be the perfect tracking technology for your next project.

The system looks at “stars”; which are small, identical retro-reflective stickers – the same reflective material that could be found on emergency vehicles. These stickers are randomly applied to the studio ceiling or the lighting grid. No additional structure is required. They do not have to conform to any pattern and can vary in height. The “stars” are hardly visible to the naked eye. A small LED sensor, mounted on the studio camera, shines light on the stars. This defines the star map, which allows the StarTracker to report the position and orientation of the studio camera in real time to the rendering engine.

StarTracker offers unlimited freedom of movement and gives accurate position, rotation and lens data in real-time - this makes it ideal for Steadicam and handheld. You can rotate the studio camera 360 degrees, and move it to any position in the studio, even right to the edge, as long as enough “stars” are in sight of the tracking camera. Other systems are often restricted in their tracking volume. StarTracker can track in 3m to 20m high studios. Since the tracking sensor points up rather than looking into the scene, the tracking is unaffected by studio conditions, such as moving objects, set changes, lighting configurations, reflections and plain green screen environments.

As the “stars” can be applied randomly, in no certain pattern, above the lighting grid, they do not restrict the studio lights in any way. Despite being optical, StarTracker is unaffected by studio lighting, giving you complete freedom to install and adjust lights as needed. This is unique to StarTracker.

The initial set-up and calibration is quick and simple. Once you have applied the "stars" to the ceiling, a major part of the installation is done. A brief mapping and calibration process only need to be performed once for each studio. Multiple cameras in the studio can track off the star map. Once calibrated, the system is fully automatic and starts tracking after being powered on. No extra technician is required for day-to-day operation.

StarTracker does not drift, unlike mechanical encoded pedestals that work on dead-reckoning and accumulate error with distance travelled. This excludes them from almost all AR applications. Because StarTracker is always referencing itself to its star map, its position is absolute and drift-free.

StarTracker is the most cost-effective choice for tracking of free moving cameras. In fact, it is often the only viable option to track cameras in large areas. Having just one tracking sensor camera and lots of inexpensive “stars”, instead of having an array of expensive tracking cameras, makes it cost-efficient. By adding more stars to the ceiling, the tracking volume can be easily extended at a very low extra cost. You can even employ a single StarTracker system in several studios.

StarTracker does not require a tracking operator. Once it is set up, it just tracks, and maintenance is minimal. In case of a problem we can offer fast support, remote or on-site, and training. 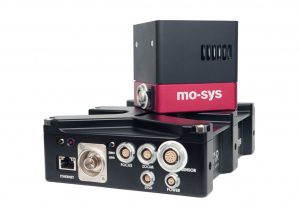