Delta-Stadium is a new system developed by Deltacast and distributed by 3D Storm. It’s a complete turnkey solution to generate and display 2D and 3D graphics for pre-game animations and presentations, clocks, animated scores, statistics management, actions, referee decisions and more. Delta-Stadium includes one sport interface (soccer, rugby, basketball or baseball) and a new generic interface, which allows the user to create a custom inteface.
3D Storm and Deltacast have developed a special interface, Delta-Stadium Perimeter, to display signage on LED perimeter screens or giant screens of an athletic field. The project has already proved its success at Groupama Stadium in Lyon, France. 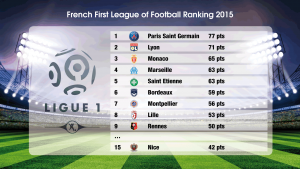